Why digitize your memories from film, video, audio and photos/slides?

The most  important reason however is to ensure that YOUR STORY NEVER ENDS by passing it onto your children, grandchildren and generations yet to come.

We at ARS Video have been helping our customers preserve and share their past and present with family and loved ones since 1987.  As a family owned and operated business, we know all too well the value and significance of your memories.  We treat your material as if they were our own.

When you call us during business hours, you will talk to one of our experienced team members.   A question one of them can’t help you with?  Gary,  the owner will take care of you.

The rule set by our founder Grandma Gloria guides us to this day: “Always make the customer happy.”

What sets us apart from our competitors… 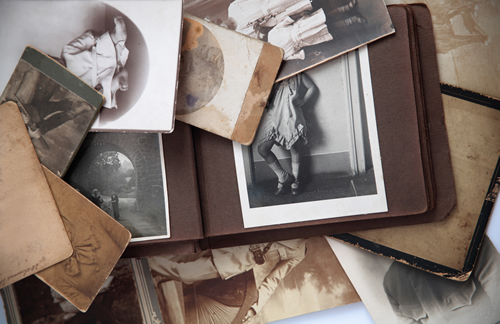 While we run our operations as a high tech company, we never lose sight of what is most important: YOU…. and what your memories mean to you. Therefore, although we can’t guarantee that our services will be free of any errors, we do GUARANTEE that we will correct any mistake that is the result of our misreading of your instructions for 30 days from the date we ship back your order.

Get an Estimate Now!

Life is a series of memories that you experience from childhood to advanced age. These memories can become grainy over time, along with the original media used to capture the memory. Attempts to capture these moments have existed since the dawn of time, from ancient paintings that depicted images of animals and hunters to the present-day camera lenses in the latest smartphones.

Audio is another way to capture a memory, be it a recording of someone who is speaking, music, or even a concert. Audio recording media is all digital these days, but there was a time when audio was captured on a tiny wire.

Combine audio and visual memories together, and you have video. Capturing video pre-2000, different options were available as the technology advanced over the years. Before the advent of Betamax and VHS camcorders, you had 8mm film, 16mm film, and 35mm film. Professional videotape was kept on U-Matic tape, which was phased out in the 1980s. Finding projectors that can still play old film is getting harder and harder.
At A.R.S. Video, we specialize in transferring media from old formats into a digital format to extend and preserve the life of your media for decades to come!

VHS videotapes were the standard home-movie format for close to 20 years (1980-2000), and because of this popularity, many households still have old VHS tapes lying around. A lot of families used this format to record home movies of milestone events like weddings, graduations, birthdays, reunions, and more. A.R.S. Video can transfer these tapes to a digital format such as DVD or a Flash Drive to preserve the video content for a lifetime.

Capturing audio lets you hear moments in time, and this is especially cherished when it comes to family functions, and the opportunity to hear the voice of a departed love one from a past event.

Vinyl records have made a small comeback in recent years, but many people still remember the days when vinyl was the best-sounding and ubiquitous format out there. Many households still have vinyl records from those days and transferring them to digital can extend the life and preserve the audio quality of these classics. Many old albums have been long out of print, and the only way to hear these are on the original vinyl recordings.

A.R.S. Video can transfer audio recordings to either Compact Disc or a Flash Drive within copyright restrictions.

The ability to capture film of family functions and special moments has existed for many decades. Practically all the film captured pre-1980s used 8mm and 16mm film. These recorders were simple for their ease of use and practicality. Many households still have old canisters of film lying around, unseen for decades. Film projectors are becoming scarce, and the only sensible solution is to professionally transfer the film to a digital format.

A.R.S. Video uses a state-of-the-art scanning process that scans each frame of film at the highest resolution. This process is painstaking, but the end results cannot be matched as you end up with high-resolution video of 1920 x 1080 resolution.