Home|Film|What is the Difference Between Super 8 and Regular 8mm?
Previous Next

If you have a series of home movies that you recorded at home, you might be wondering how you can convert them to a more modern format. Even though there is a way to do this, the first and most important step is to understand the type of film that you used to film your home movies. You know they are movie film if you hold it up to a light and can see tiny pictures. VHS video tapes can’t do this. Two of the most common types are Regular 8mm and Super 8. Even though these two types have their fair share of similarities, there are plenty of differences as well. By understanding the differences, you will be able to successfully work with professionals who can help you convert your home video footage to a more modern format that you can view today.

What Is 8mm Film?

Arguably, one of the most common types of film is Regular 8mm. Also called double 8mm or standard 8mm, this type was originally designed back in the 1930s. At the time, the most popular type was 16mm. The industry needed a smaller, cheaper, and more portable option when it came to their film. As a result, 8mm was developed.
Essentially, 8mm film is the same as 16mm; however, it exposes one edge on the first pass through the came and the other half on the second pass. The film needs to be manually removed from the camera and flipped over for the second pass. As a result, 8mm is essentially run through the camera twice. Once exposed it is sent out for processing. It is developed similar to photos in a dark room, split down the middle and attached into a 50-foot, 3-inch diameter reel that run for approximately 3 minutes when played on a projector. Often people combine the small reels onto 200, 300 and 400-foot reels. If you take the reel out of the canister there are hash marks on it telling you the footage.

Even though this type immediately became popular, it did experience a few problems. For example, a lot of people didn’t like the fact that the film essentially had to be removed and reversed halfway through exposure. For those who are inexperienced with this type, it could be exceptionally difficult. In a lot of situations, the camera was used in an area that didn’t not have a lot of light resulting in dark recording. Often times additional lights were used when filming in doors. In some situations, the edges would become fogged, leading to problems. Finally, at the reversal point where the 2 halves are joined, there was a burst of light that some people did not appreciate.

What Is Super 8 Film?

Several decades later, a second option was released called Super 8. Also called Super 8-millimeter film, it was released in 1965. It was designed specifically to be an improvement over standard 8mm, which was popular in-home movies. Even though Super 8 was still 8mm wide, the dimensions of the rectangular perforations were a little bit smaller. Although rare, some Super 8 had an oxide stripe that allowed sound to be recorded magnetically.

Eventually, this type became the most popular option for filming home movies. In addition, there were some television stations and movie production companies that also used Super 8 if they did not have a large budget. Even though Super 8 has been replaced by digital options today, Super 8 film is still popular among students and artists who are looking to get into the movie-making industry. For example, Super 8 is common when someone is trying to make a home movie that imitates the look of older films. Specifically, this type is commonly used to create flashback sequences or to create a sense that someone’s consciousness has been altered. Therefore, there are specific situations where Super 8 time remains popular even to this day. It can be used to achieve the classic look of a low-budget, older movie. 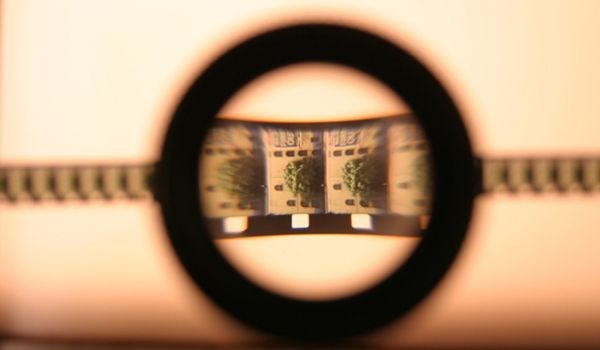 What Are the Differences Between These Two Films?

There are several differences between the two types. One of the first differences involves the way that the two films are packaged. With standard options, the person operating the camera has to spool and load it manually. Therefore, it requires quite a bit of work in order to make sure the film is tight and feeding into the camera correctly. Using regular options, the process is much more precise.

On the other hand, Super 8 typically uses a cartridge that is easy to pop right into cameras. Therefore, it is much easier to load this type and it requires a lot less work to get it developed. Additionally, it is also significantly easier to play on a projector because the film does not have to be loaded in a complicated manner. Overall, Super 8 is far easier to use whereas standard material requires a bit more experience and practice.

The two films also have a number of differences regarding how they look and operate. Standard material has much larger sprocket holes. The square holes are designed to help feed the film through specific projectors and cameras. In addition, they are placed much closer to the edges of each individual frame. With Super 8, the holes are significantly smaller providing more surface area for the image. Technological improvements of Super 8 cameras and lenses created a sharper image. As a result, the picture quality looks better. In contrast, a regular 8 film has a much smaller picture, which can impact the overall quality of a movie. Also, remember that the regular 8 had to be reversed halfway through exposure. This added to the complicated filming procedure. Even though both films are 8 mm wide and they are both used to make home videos, they do have significant differences.

Ultimately, if you want to view film today, playing it on a projector is not practical. It should be digitized. If you are looking for a way to convert your older home movies to digital format, there are professional service that can help you. That is where we come in. We are ARS Video, and we can help you convert home movie film into high-quality High Definition digital formats. Contact us today to learn more about digital transfer services!